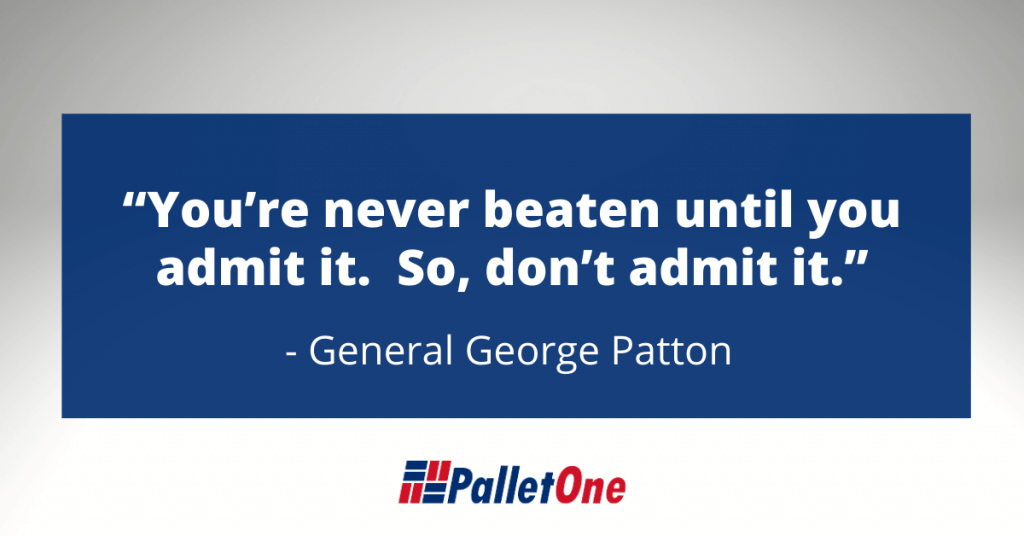 George Patton was a famous World War II general. Recently I encountered two quotes of his from completely different sources.  I figured it was a sign.

The first was an inspiration posted on Twitter that read: “You’re never beaten until you admit it. So, don’t admit it.”

On one hand it sounds stubborn. But there is power in having that kind of determination when we come up against a challenge.  It’s the kind of belief that helps you when the going is tough.

The second mention came in a story about NFL quarterback Peyton Manning’s journey to choose a new team after he was released from the Indianapolis Colts.  Turns out his release took him by surprise.  He hadn’t expected to be choosing a new team; didn’t really know how to go about it.

As Peyton was evaluating his many options, he reached out to a former mentor, David Cutcliffe, who coaches at Duke, and asked his advice.

Cutcliffe reminded him of something they had shared when he was Manning’s coach at Tennessee.

“Remember the Patton Principle,” Cutcliffe said. “Make a decision and do it like hell.”

Plans and decisions will fail when commitment lacks.  Patton was a stubborn, irascible guy, but his dedication to perseverance and his commitment to win was instrumental to American victory in World War II.  His reminders gave me a little lift.  Perhaps they will you as well.