THE PATH TO IMPROVEMENT STARTS WITH A CHOICE 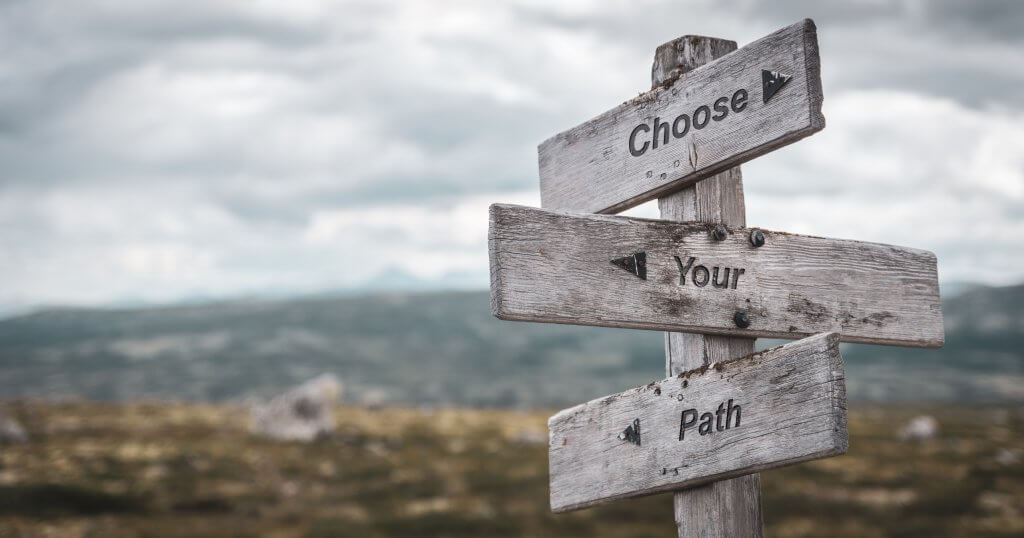 “A man who procrastinates in his CHOOSING will inevitably have his choice made for him by circumstance.  So, if you now number yourself among the disenchanted, then you have no choice but to accept things as they are, or to seriously seek something else.” – Hunter Thompson, Gonzo journalist.

I studied journalism when I was younger.  Thought I might become a sportswriter.  One of the popular writers in those days was the novelist, Hunter Thompson.  He also wrote long articles for Rolling Stone.

He was very popular among the younger set (this was over 40 years ago).  He appealed to the radical and irreverent.

So, sentimentally, I paused to read a letter he sent to a friend who was wondering how to get untracked.

“Happening to the world” people understand the power of choosing.  Thompson reminds his friend that if he doesn’t choose his destiny, someone else or something else will do so.

“Happening to the world” people develop their choosing muscle by making deliberate choices all the time. They resist drifting.  They choose minute by minute, hour by hour, day by day.  To them, to live is to make a choice.

“Happening to the world people” know the path to improvement starts with a choice.  They scan their circumstances constantly.  If they don’t like what they see or feel, they will act to change it.

If you are drifting, start choosing a better path.