WHOSE CHUTE ARE YOU PACKING? 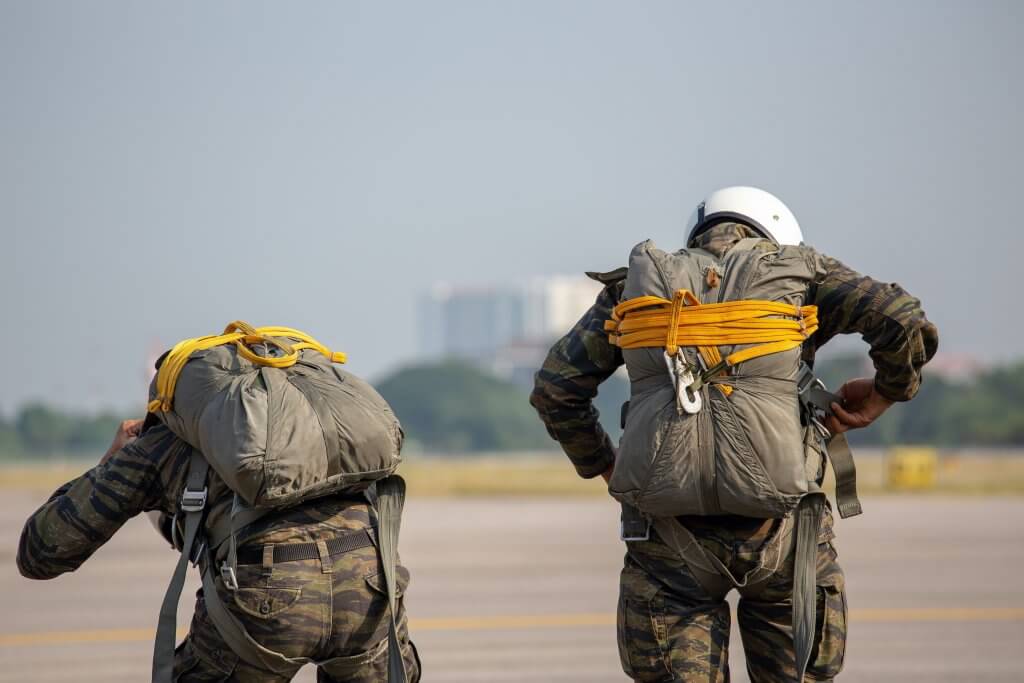 I heard a guy named Charlie Plumb speak recently.  He was a Navy pilot who was shot down in the Viet Nam war and spent almost seven years in a prisoner of war camp.  Can you imagine?

His story is riveting.  And the fact he is still alive and fit tells you he learned a lot about survival while he was in jail.

One of the stories he tells is about meeting a guy in Kansas who knew him, but Charlie didn’t know the man.  The guy proceeded to tell Plumb a great deal about his service record.  Plumb was amazed he knew so much and asked, “How and why do you know so much about me?”

“I packed your parachute,” the guy said.

Plumb was overwhelmed.  If that guy had not packed his chute well, he would not have survived being shot down in Viet Nam.  He wouldn’t have the life he had, which included seven miserable years in the camp.

Plumb described the gratitude he had for the man who packed his chute and turned it into a teaching point.

His first question was: “Who’s packing your chute?”

At work and at home, we all have people who are making our lives a little easier.  Sometimes we move through the day without acknowledging the role they play.  His question reminds us to stop and heed those who are helping.  It’s good karma to be grateful.

Of course, the next question is: “Whose chute are you packing?”

It’s easy to get in the mode of your routine and diminish the importance of your work.  Doing your thing well matters.  It can change things.