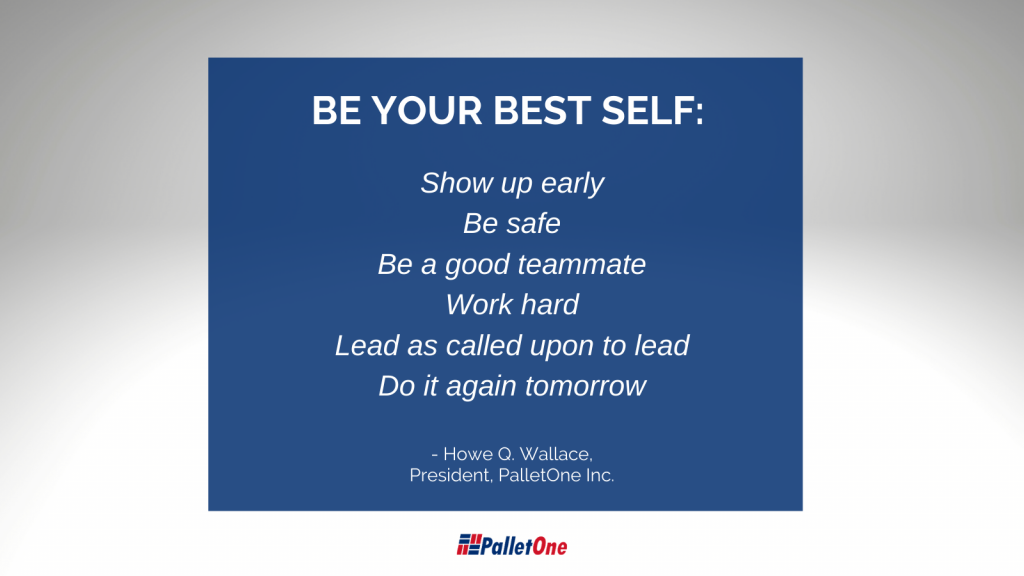 Heard a quote this week: “If you don’t show up with your best self, the world won’t treat you as well as it can.” Eric Thomas

I learned this the hard way.  When I was coming up, I’d be selectively excellent.  I was good at my games.  Not so good in the classroom.  I had jobs and stayed employed but I’d try to get by with as little as possible.  I was plenty smart, but I accepted average in the classroom.

I experienced enough success to satisfy my ego, but I became aware that I was developing a reputation as an underachiever.

I had a couple of guys who believed in me.  They told me they saw my potential.  They encouraged me to step up my game.  They convinced a school to give me a shot.  That was motivation.

I also had a future mother-in-law who wasn’t so sure about me.  When I asked for her daughter’s hand, she wasn’t sure we’d be able to make it.  She didn’t think I knew how much it took to pay the bills and care for a family.  I think she thought that I’d wilt against the pressure of daily expenses.  She expressed her concerns then reluctantly gave her blessing. That was motivation as well.

My mentors vouched for me and got me into a school.  The school had very high achievement standards to stay enrolled.  My future mother-in-law’s skepticism gave me some of the “I’ll show you” fuel I needed to step up my game.

Long story, short: I hit the marks.  Surprised by the experts.  Made a fan of my mother-in-law.  Built a foundation right then.

I don’t always show up with my best self.  But I know I should.

When I have a day when my best self is not exhibited, I know that if I let that trend continue, it will have consequences.  The world won’t long treat me as well as it can.

I learned the process on how to be most effective: